In 2013, assessing the security of iOS applications still involves a lot of manual, time-consuming tasks - especially when performing a black-box assessment. Without access to source code, a comprehensive review of these application currently requires in-depth knowledge of various APIs and the ability to use relatively complex, generic tools such as Cycript, or Mobile Substrate - or just jump straight into the debugger.

To simplify this process, we are releasing Introspy - an open-source security profiler for iOS. Introspy is designed to help penetration testers understand what an application does at runtime.

Introspy-iOS is a tracer that can be installed on a jailbroken iOS device. It will hook security-sensitive APIs called by a given application, including functions related to cryptography, IPCs, data storage / protection, networking, and user privacy. The call details are all recorded and persisted in a SQLite database on the device

This database can then be fed to Introspy-Analyzer, which generates an HTML report displaying all recorded calls, plus a list of potential vulnerabilities affecting the application.

Once installed, Introspy-iOS will store in a SQLite database all calls made by iOS applications to security-sensitive APIs.

Selecting Apps to be monitored

Introspy-iOS lets the user choose which iOS App should be monitored: 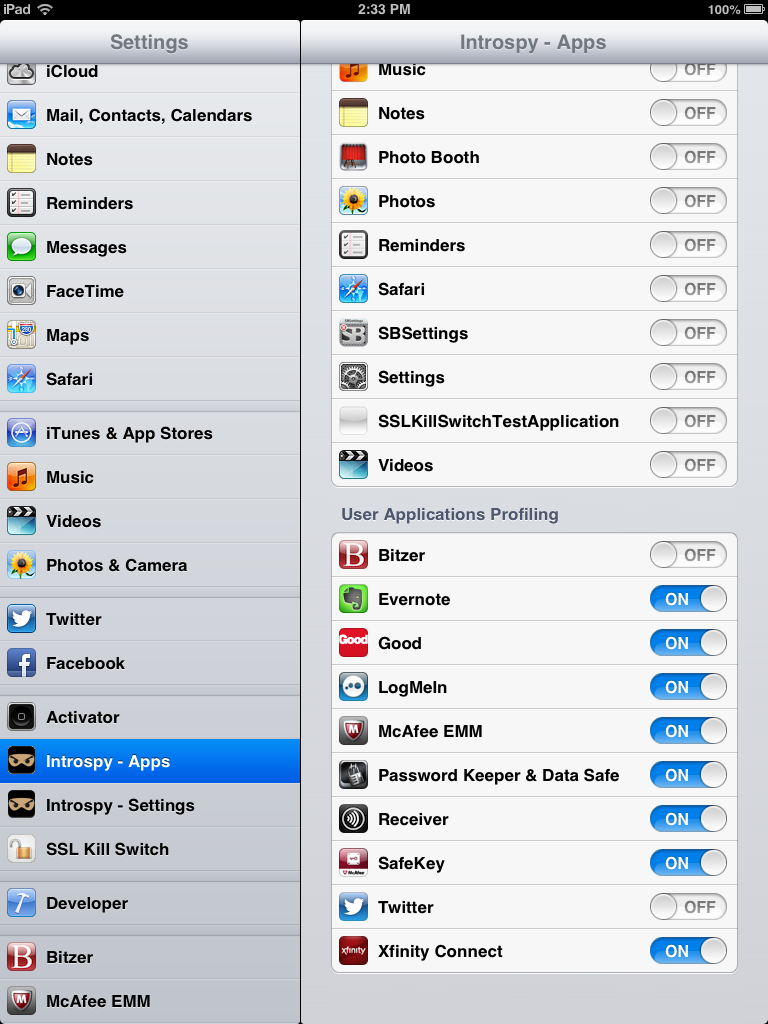 Selecting APIs to be profiled

Introspy-iOS lets the user choose which APIs should be recorded: 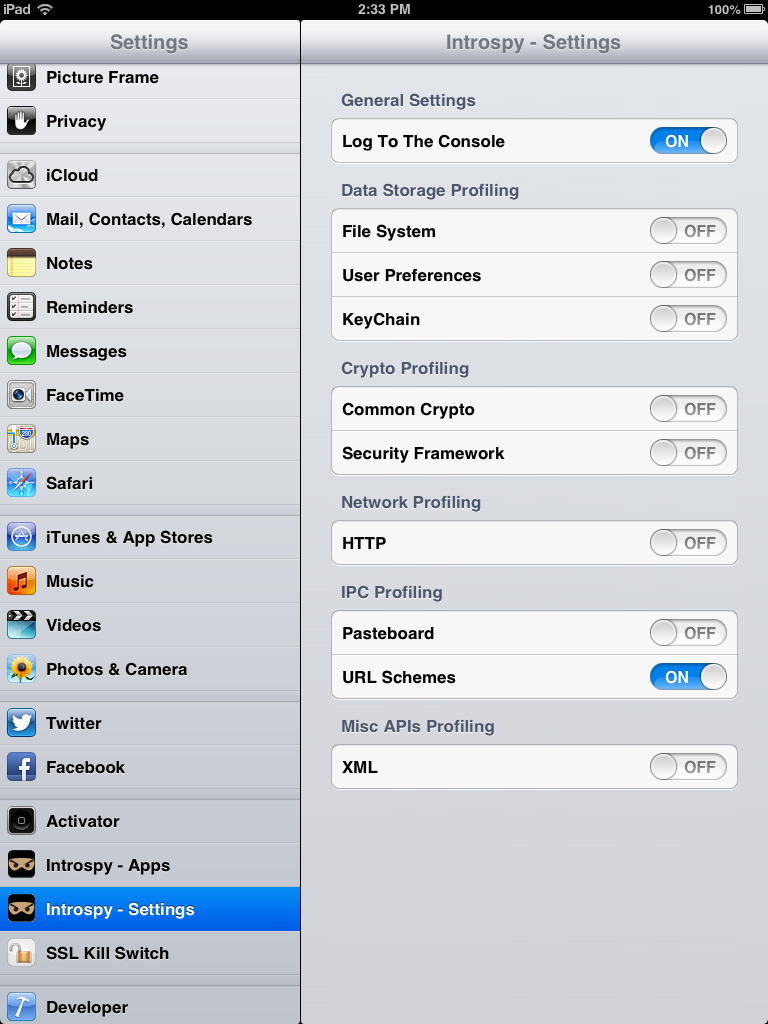 Logging to the console

Introspy-iOS can be configured to log all profiled calls to the console in real time: 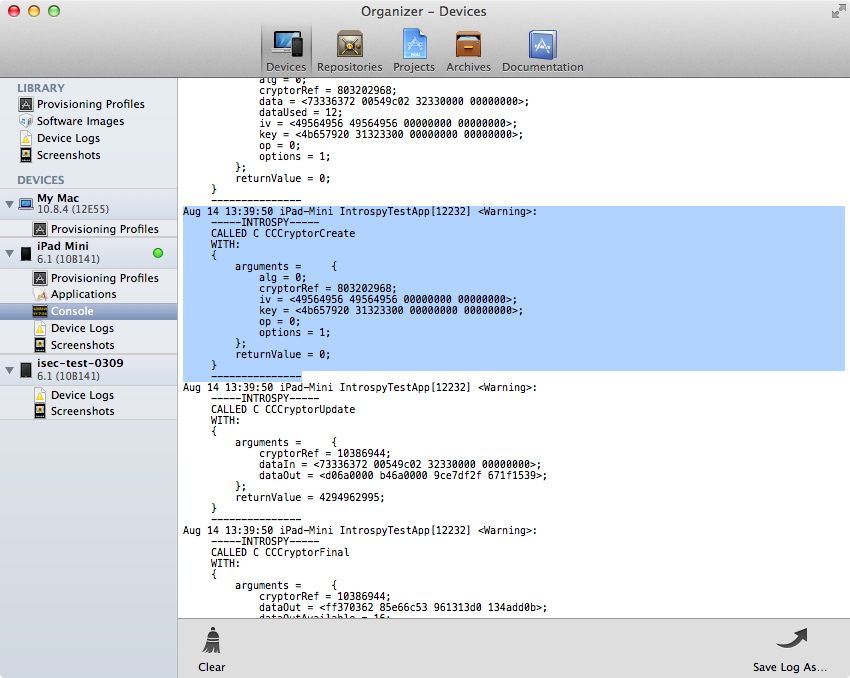 Introspy-Analyzer is a Python script that can process a SQLite database generated by the tracer and output various information about the traced calls or generate an HTML report. It is hosted on a separate GitHub repository.

Recovering a SQLite DB from an iOS device

The analyzer can connect to a device over SSH and recover DB files generated by the tracer:

The analyzer can generate HTML reports displaying the list of all traced calls, including arguments and return values: 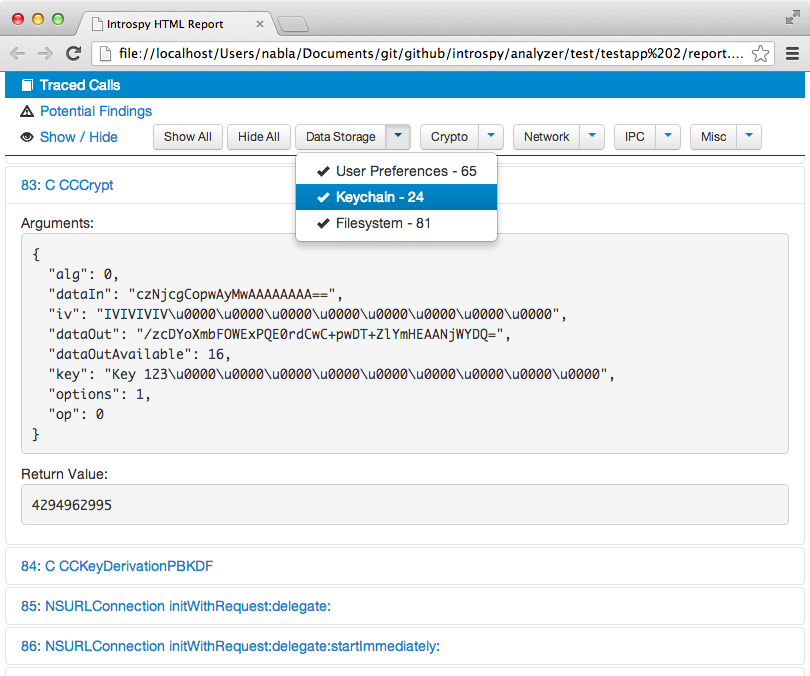 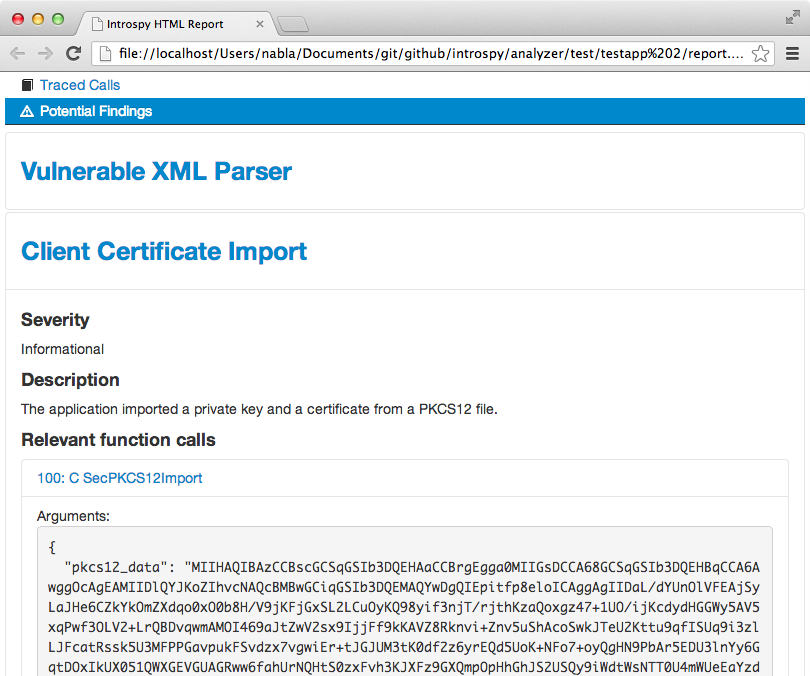 Instructions are available in the project's README on Introspy-iOS's Github repo.

Introspy is also available for Android.